A downloadable game for Windows, Linux, and Android

Birth of the Empires (also known as BotE) is a turn-based 4X strategy game set in space in the style of classics such as Microprose's Master of Orion 2 or ST: Birth of the Federation. By choosing one of six major races aim is to gain control and supremacy over a part of the galaxy, either by diplomatic or military means. Further victory conditions are available at game start.

Earth, 2121: Spaceflight coming nearer and the third world war was long in the past, the future looks bright again for mankind. The whole universe with all its fascinating worlds, lifeforms, species and anomalies lies ahead of each brave man and woman aboard their starships eager to find new life, a new home and contact to whatever civilization there may be outside Earth system, to explore the unexplored, to encounter the unencountered.

Take command of one race during the beginning stages of their empire, but beware, there is more than one way leading to victory and each time, mastering it will be different. It will likely change and you are challenged to keep the balance within the galaxy quadrant or seize galactic power for your race and thereby establish your own "balance" in the galaxy!

Credits for the game and assets are here

A tutorial video is planned, the first version can be found here:

A video with commentary is also planned. Until then consult this short FAQ
I will update it as soon as questions arise.

Now there is a separate package for Windows XP users. Tested on VirtualBox. In Virtualbox some graphics look bad because of lack of npot mipmap support. If you experience issues please contact me.

For issues contact me at: boteandroid (at) gmail (dot) com 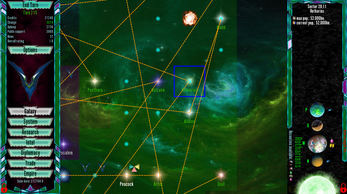 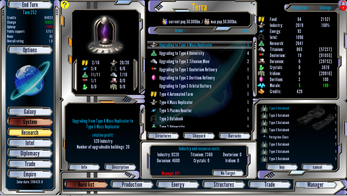 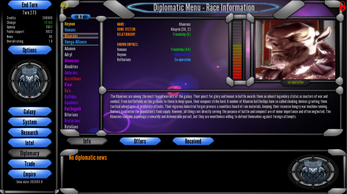